For my continued education, I was required to make a brain teaser app which had several elements. Here is a download link if you want to try the finished product: 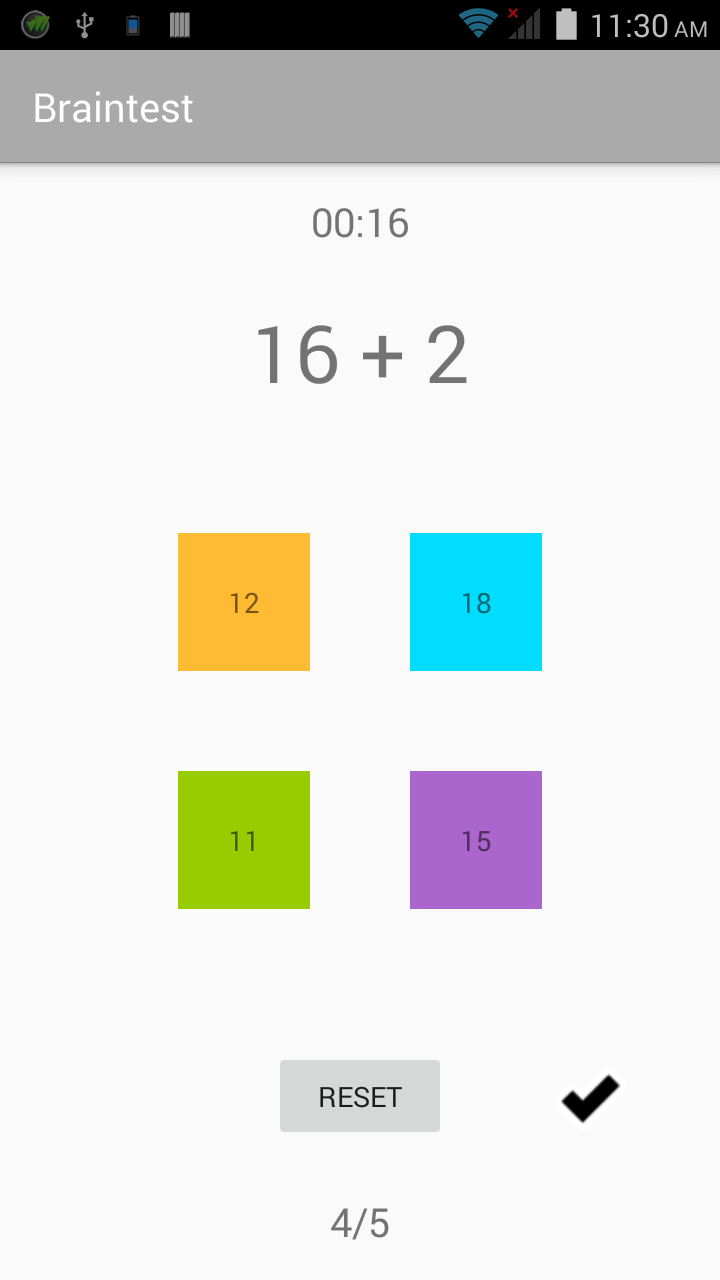 The whole thing hinged on this random number generator. I particularly struggled with this. I needed to have a question (x + y) and then have four random answers to pick from, only having one of which as the answer. At first I was working it from the beginning to the end: coming up with random x, and then adding random y, and then putting that into the text boxes randomly and making some new numbers. But, I eventually realized that I was working the problem the “long way around”.

Instead, I decided to make just one random answer, and split that into my question instead. This became much simpler. There are probably better ways to do this, but here is what I put together:

After these possible answers are made, I then randomly choose one of them to be the answer, and from that minus a random number to get my two numbers for the question (the small minus random number and the derivative). Praise God! It even worked! This had an added benefit of allowing negative numbers, which really challenges the user’s math skills, since you only have 30 seconds to answer as many questions as possible.

By AlaskaLinuxUserApril 13, 2017Android, Android StudioLeave a Comment on A brain teaser app!