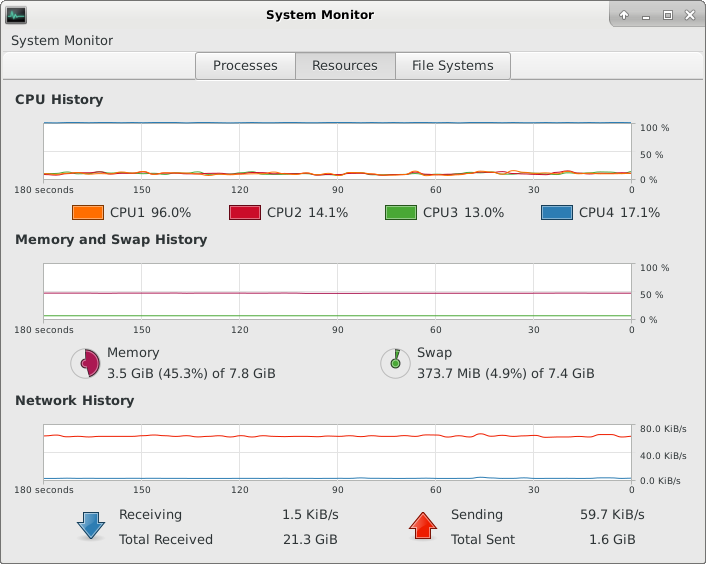 I always end my posts with “Linux – keep it simple.” And today is one of those great days when I am using a really well made, simple, Linux tool: Wondershaper.

Wondershaper allows you to “throttle” network traffic on any interface to a desired capped speed. So, for instance, if you need to have one computer upload videos, like I am today, you will probably max out your upload speeds. The problem with this is that your wife/family/friends/office workers, etc., whomever you share internet with, will suddenly be unable to surf the web.

Or perhaps you are syncing the Android source code, and it is taking up all of your download bandwidth, making it impossible for you to watch a movie on your Vudu/Roku/name your device player.

So, if you want to have a simple to use command line tool to restrict or limit traffic on one of your Linux computers, here it is:

That’s it. The name of the program is wodershaper and the arguments are: interface, download speed, and upload speed. In this case, I want wondershaper to try to throttle traffic for that machine on interface “eno1” to be 1000 kb/s down, and 500 kb/s up. Here is the expanation from the man pages for it:

You do need to run this as root to have access to control the device interfaces, but this program works beautifully. It is especially handy when working with virtual machines that you wish to limit!

command linelimitnetworktrafficwondershaper
By adminOctober 23, 2018NetworkingLeave a Comment on Wondershaper: The wonder of shaping your internet traffic!