There are many great reasons to use Google apps on your Android phone. Not the least of which is that Google made Android, and thus have really great insights on how to implement it. However, some of the things that make it so great also can give cause for alarm, or at least suspicion.

Take for example, the battery saving location services. It is really handy to save your battery by not asking for your GPS to pull new location data every time an app needs it. This service also helps when you are inside a building that prevents your GPS from functioning. This is a good, useful tool that enhances the use of your cell phone. It does, however, give cause for alarm because having this handy tool potentially can violate your privacy, as the way this tool works is by sending ‘anonymous’ location data to Googles servers, which then track your every move and return that information to you when an app requests to know where you are.

Since you don’t have direct control over that location data, you have to assume or believe that Google is using it wisely, and that no one else has access to it. Which is probably truly what is happening, we hope. That’s the alarming part.

Given things such as that above, some would ditch Google apps and Services from their phone, but thinks they can’t. The major reason that most believe they cannot get rid of Google Services is not for the services, but rather for the play store. Without Google Services, you can’t have the Google Play Store, and without the Google Play Store, you cannot get new apps or keep the apps you have up to date. At least that’s what I thought.

That’s where Aptoide comes in. It doesn’t have any “services” like Google Services, but it does have a pretty impressive play store. Aptoide has numerous stores, actually. You can even create your own. The main apps store, however, has over 150,000 apps in it. Before giving Aptoide a test run, I checked for each and every app that was currently on my phone to see if they were available on Aptoide. All but two apps were, and one was a proprietary app for a special piece of equipment. 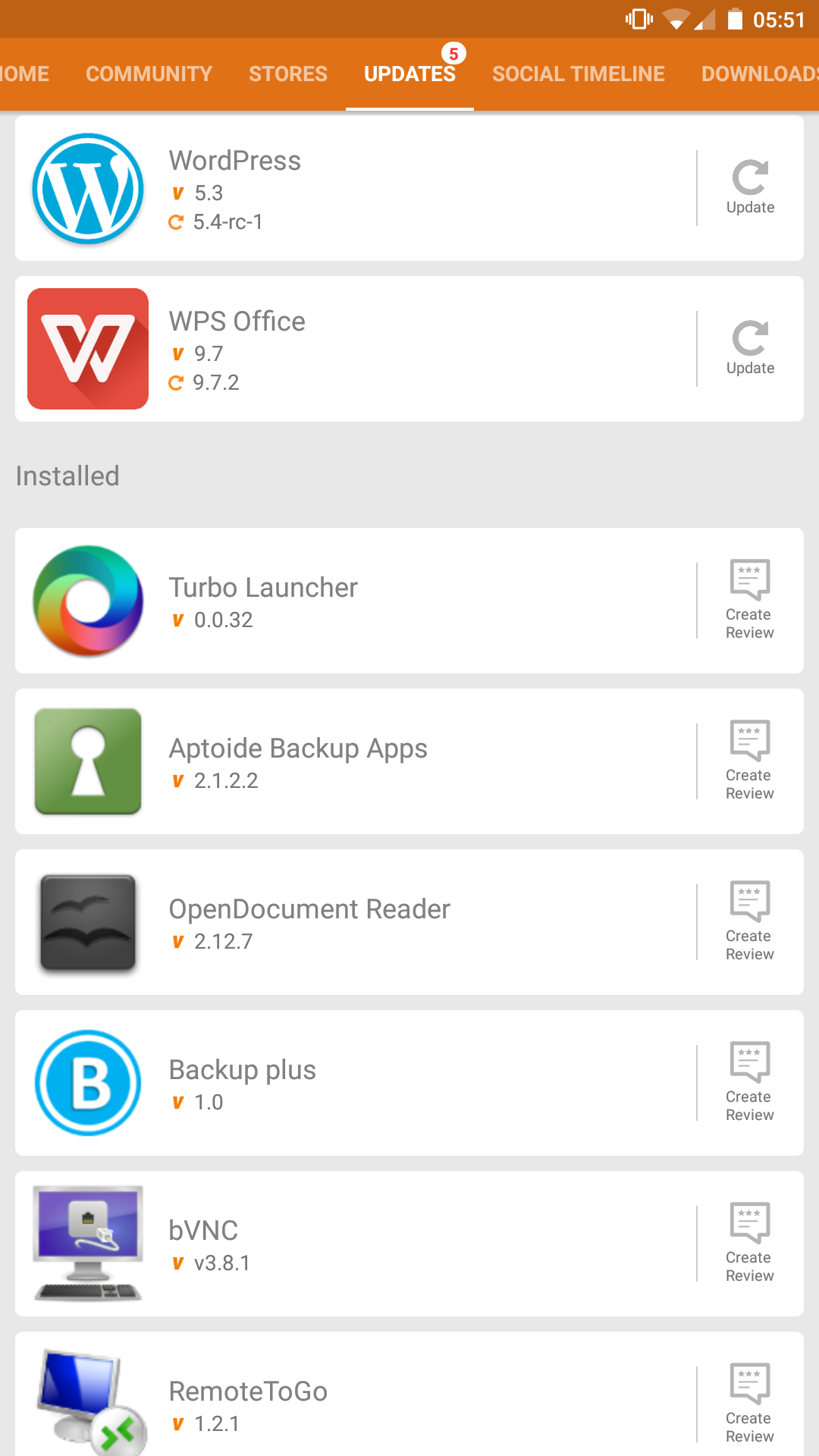 As for my apps, I also found numerous apps that could be great alternatives. My only other thought though, was will Aptoide keep my apps up to date? The answer is yes. Aptoide has several settings related to just that, including an option to automatically keep your apps up to date. It also has settings to never update your apps, or to only update on certain types of connections.

One of the greatest features, however, is the roll back feature. If you update an app, and then realize that some function is missing now, or it doesn’t work at all on your less than new phone, no worries, just roll back the app to when it did work, and take it off of the update list. It’s that simple.

With a fairly polished web GUI and app GUI interface, Aptoide is a really good alternative for the Google Play Store. The question really is, can one live without Google Services?

By AlaskaLinuxUserMay 30, 2016Android1 Comment on Aptoide: A good Google alternative?

One Reply to “Aptoide: A good Google alternative?”