As you can see, I added a reset button to the app for the Beginning Chess Engine. 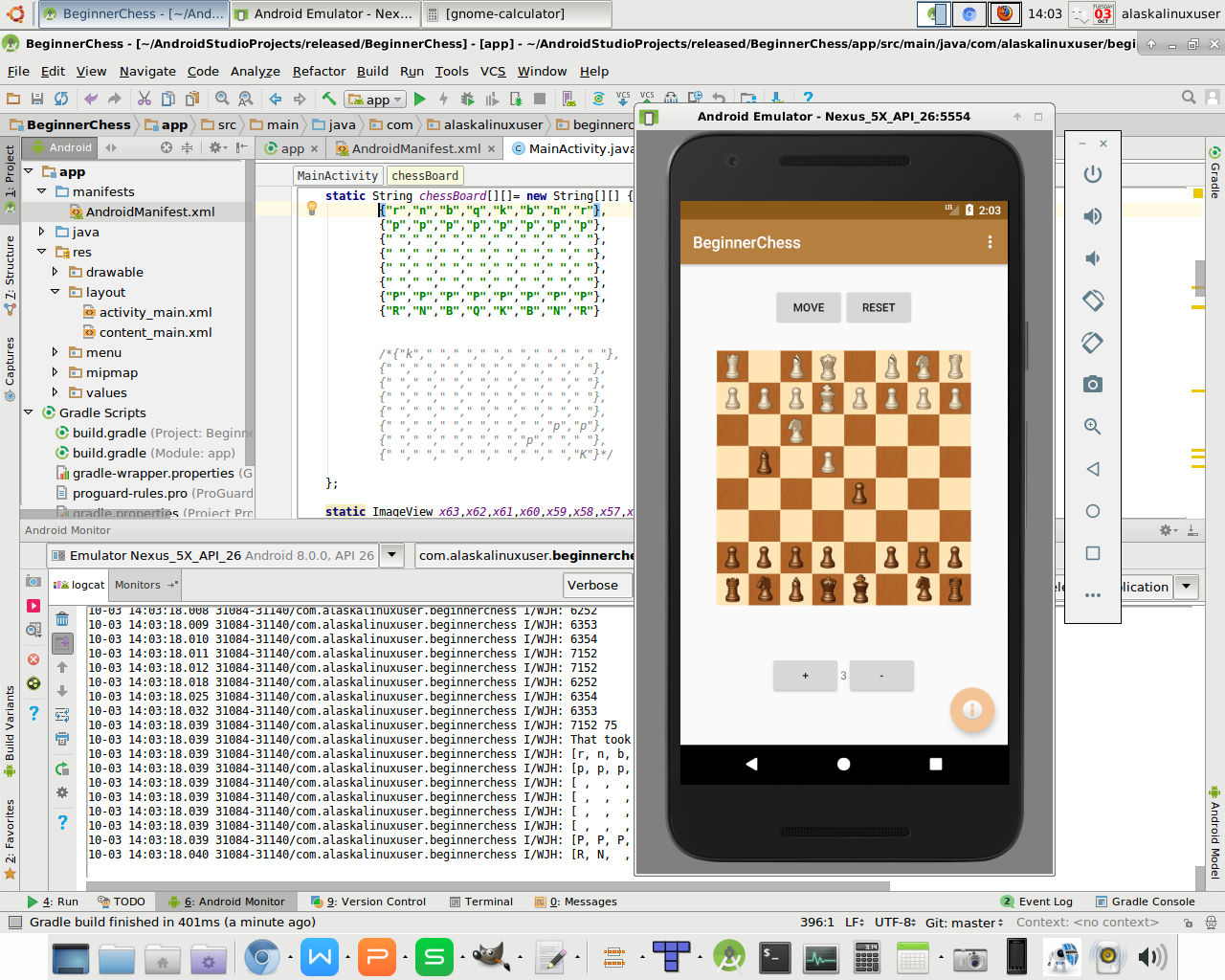 Originally, I had intended to have the board simply reset back to the starting position. However, for some odd reason, when I would reset the board pieces, odd things would happen….

Like a rook would randomly turn into a king when you move the knight.

So, I decided to have the app close, and then call itself to be opened again a few milliseconds later. It’s a little odd, since the app “closes” and then “opens” again, so it looks like it crashed, only to pop up again.

If this were my chess playing app, I would need to focus in on that a little more, however, I am trying to focus on the engine itself, not the remnants that are somehow misconstrued during recreating the original board.

And one issue closed! Only 9+ more to go!

appbeginnerchessengine
By AlaskaLinuxUserOctober 17, 2017Android, chessLeave a Comment on Added reset button to the Beginning Chess Engine app, but it doesn’t do what you think….