According to legend, Gary Kasparov once checkmated via en passant in an on-line game. However, I couldn’t actually find a detailed reference to that specific game. I was, however, able to find an article that expressed the only officially logged game in which an opponent was check mated via en passant. It was a game between Gunnar Gundersen and A H Faul during a Christmas tournament in 1928. Here was the move list: 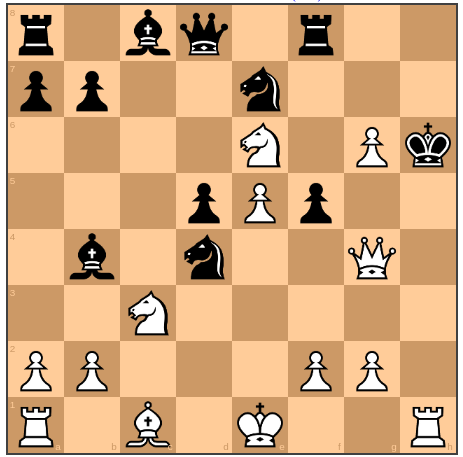 Certainly an interesting prospect. In this case, the en passant move doesn’t actually check the king, but prevents the king from retreating from the now discovered check of the rook. In any case, en passant is a very important part of playing chess, which makes it all the more vital that I fix it in my JustChessEngine and make it usable in my JustChess game.

The fix was not an easy one, but it came down to a few mathematical errors on my part, as well as a huge technical oversight. The program used to work like this:

If doing en passant for white:

However, it would end up with two white pawns and remove the attacked pawn. So I edited it to be proper, like so:

If doing en passant for white:

So, both the math was wrong on which side to go to, but also the pawn was never “removed” from it’s old square, just a new pawn was placed where it was going to! The fix was simple in principle, complex in actuality, but you can view the whole set of changes here: https://github.com/alaskalinuxuser/app_JustChess/commit/3053591df42473577e557b860ad639485841051f