I’ve just completed the first of 10 sections in a new course I am taking on Udemy. The course is called Beginning Qt 5 C++ GUI Development : The Fundamentals. As you know, if you’ve been following along, I started learning C++ using a course on Udemy that particularly focuses on graphics through SFML. It was a lot of fun learning to program in C++ while making a few games.

While making those games was really neat, I realized that I now need a way to make applications that aren’t games. I suppose you could use SFML for that, but it seems a bit overkill to make your own buttons for everything, when they have great programs for that already. Programs like Qt and Qt-Creator.

Licensed under the GPL-2 and GPL-3, Qt is open source, which is a big plus for me. Qt is also written in C++, which I am currently learning, so that is the primary reason that I want to use it. And did I mention that it’s cross platform? The IDE is Qt-Creator, which is licensed under the LGPL, a copyleft license, which makes it free for me to use and open sourced for those who wish to contribute, which is great! 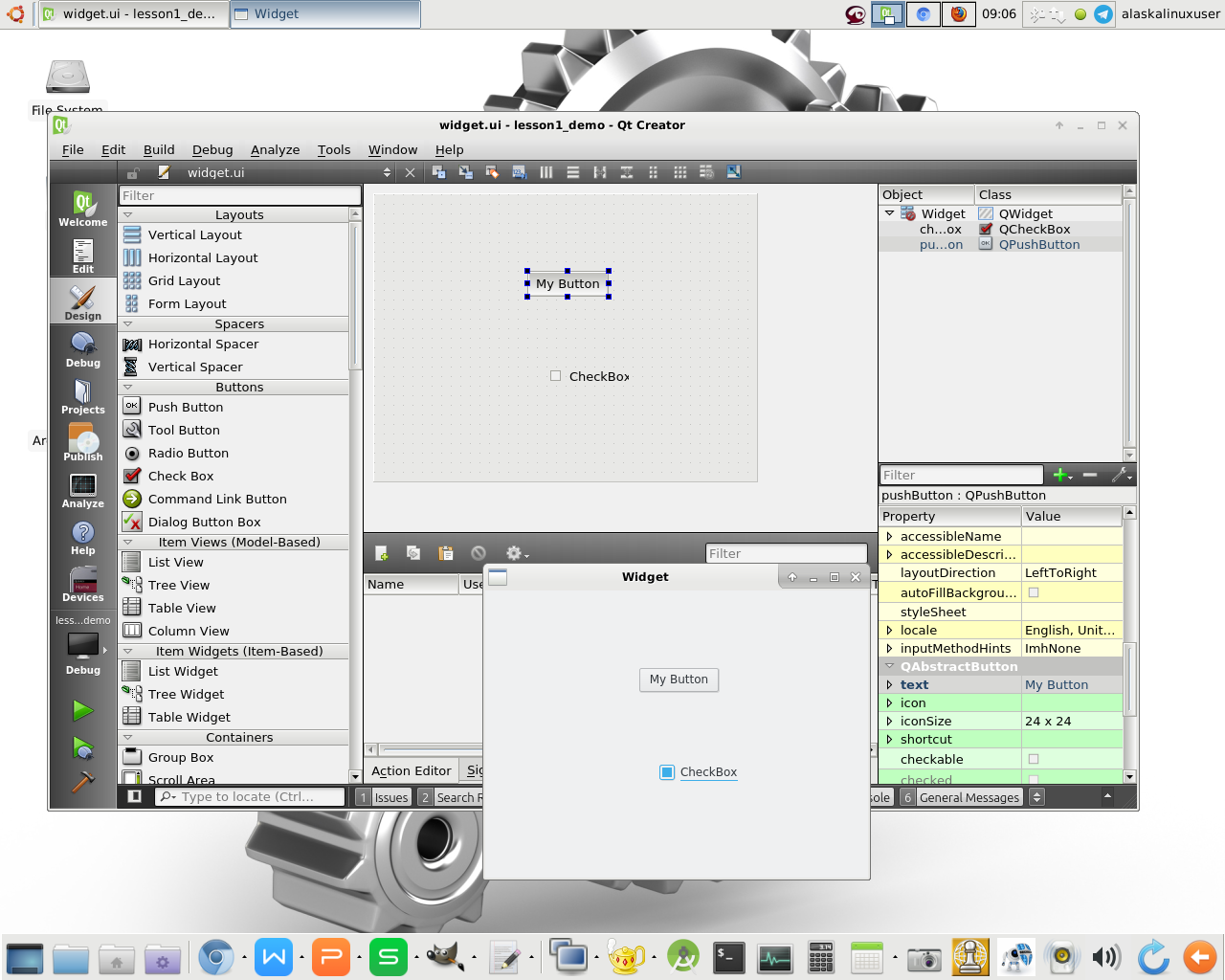 I’ve only just started working with it, but I really like the user interface of Qt-Creator thus far. The course itself has a huge plus for me, in that the author/instructor also supports Linux users, even providing a video tutorial for installing the application and how to deal with a few possible errors that may pop up if the right dependencies are not installed. That is really rare these days!

If you want to follow along, be sure to check out my first Qt commit!