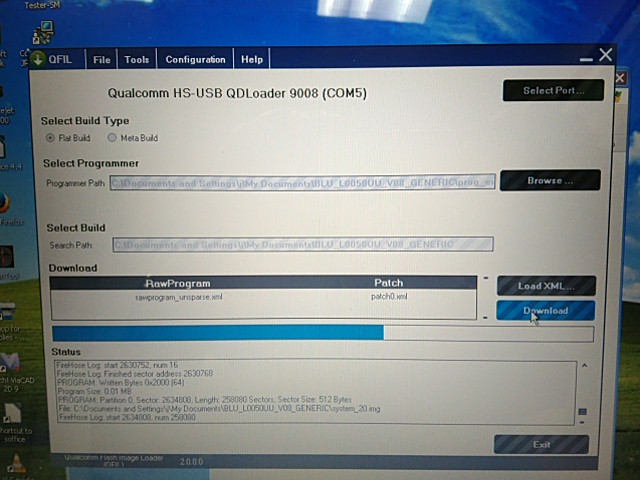 It sounds like some kind of desert problem, but QFIL is actually a tool that you can use to flash firmware on Qualcomm devices. I’ve made a YouTube video about using it as well as writing about it here on this site in the past. It’s a really simple tool to use, but it never ceases to amaze me at how much trouble it gives me every time I try to use it.

This time, I was trying to fix a BLU LifeXL and get it flashed back to stock. Unfortunately, after downloading the latest QFIL, it failed every time I tried to flash the firmware, telling me that “sahara” had failed:

Well, after spending a while fiddling with it, and searching the web, I found XDA post after post with people doing different things and solving their issues. Some had to unlock the bootloader, some had to get into download mode a different way, etc. But none of those helped me.

In the end, the real issue was that I needed to use an older version of QFIL. I started with version 2.7, but I finally got it to work by using version 2.0. So perhaps if you have a sahara error, you might check to see what version of QFIL you are using. I *think* that the old phone firmware was written back around QFIL version 2.0, and just wouldn’t work with the newer versions. But that’s the best I can figure of why it doesn’t work with the newer versions. It seems odd to me that you would need to know the specific version of QFIL needed for the specific phone firmware you have, but it seems to be the case.