Creating open source apps for Android led me to become intimately familiar with GitHub and the GitHub issue tracker system. However, today I had the opportunity to try out Savannah’s bug tracking system.

I was testing out a great text adventure game by The Quiet Learner called Dr. Theobold. It’s a great game about an eccentric doctor upon whose house you enter. Inside are a multitude of quirky furnishings and numerous puzzles that you must use or figure out to progress through the game. It is reminisce of Shadow Gate intermingled with a collection of puzzle games from a brain training book, without the torches! I highly recommend that you give it a try.

However, the game is still in development, and does have a few bugs. I’ve enjoyed helping the developer by simply playing the game, and noting any peculiarities, crashes, or faults. You can see a list of the write ups here: 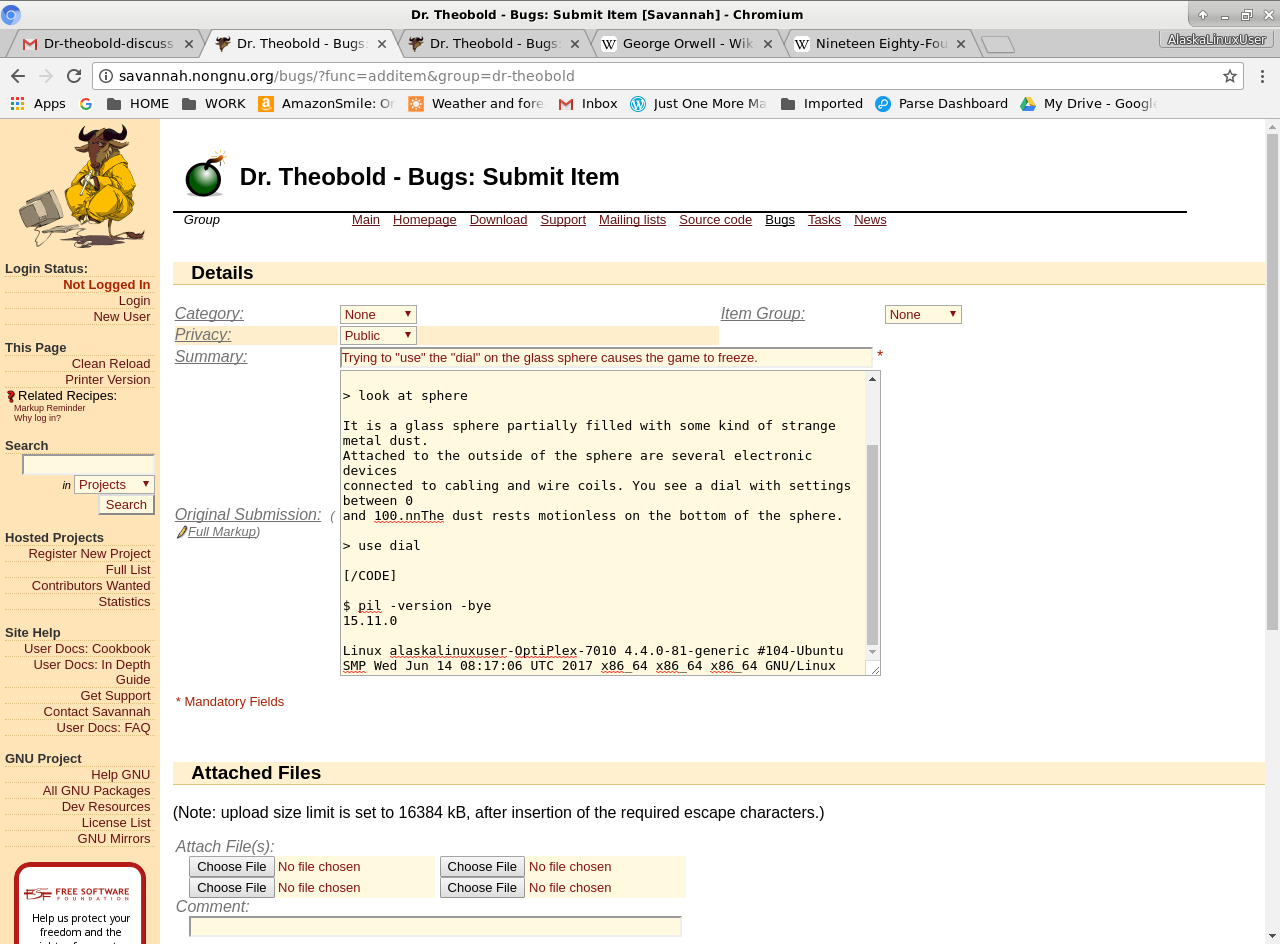 Overall, the issue tracker for Savannah seems to be functional, but lacks a lot of the “luster” and “polish” of the GitHub issue tracker. Aesthetics aside, it seems to function well enough. A couple of things I feel were missing, however, were the ability to categorize the issues. It assumes all issues were bugs. I tried every drop down box, there seemed to be no place for submitting issues that were “enhancements” or “feature requests” like you see on GitHub. Perhaps I was not using it properly, like I said, this was my first time using it.

Other than that, the ability to quickly attach files and give them comments was a nice feature. I could see using that to handle a visual game, by having screen shots of graphical problems. Either way, it was very straight forward and functioned great in that it did it’s intended purpose: tell the developer that I have submitted an issue, and provide a way to track that issue until it is completed/fixed.