One of the cool things about having the built in JustChessEngine in my JustChess app, is the option to have the engine suggest a move for you. Of course, my engine has an elo rating below 300, so I’m not sure that I would take it’s advice, at least not yet. In any event, I thought it might be handy to have a button to suggest a “good” move. 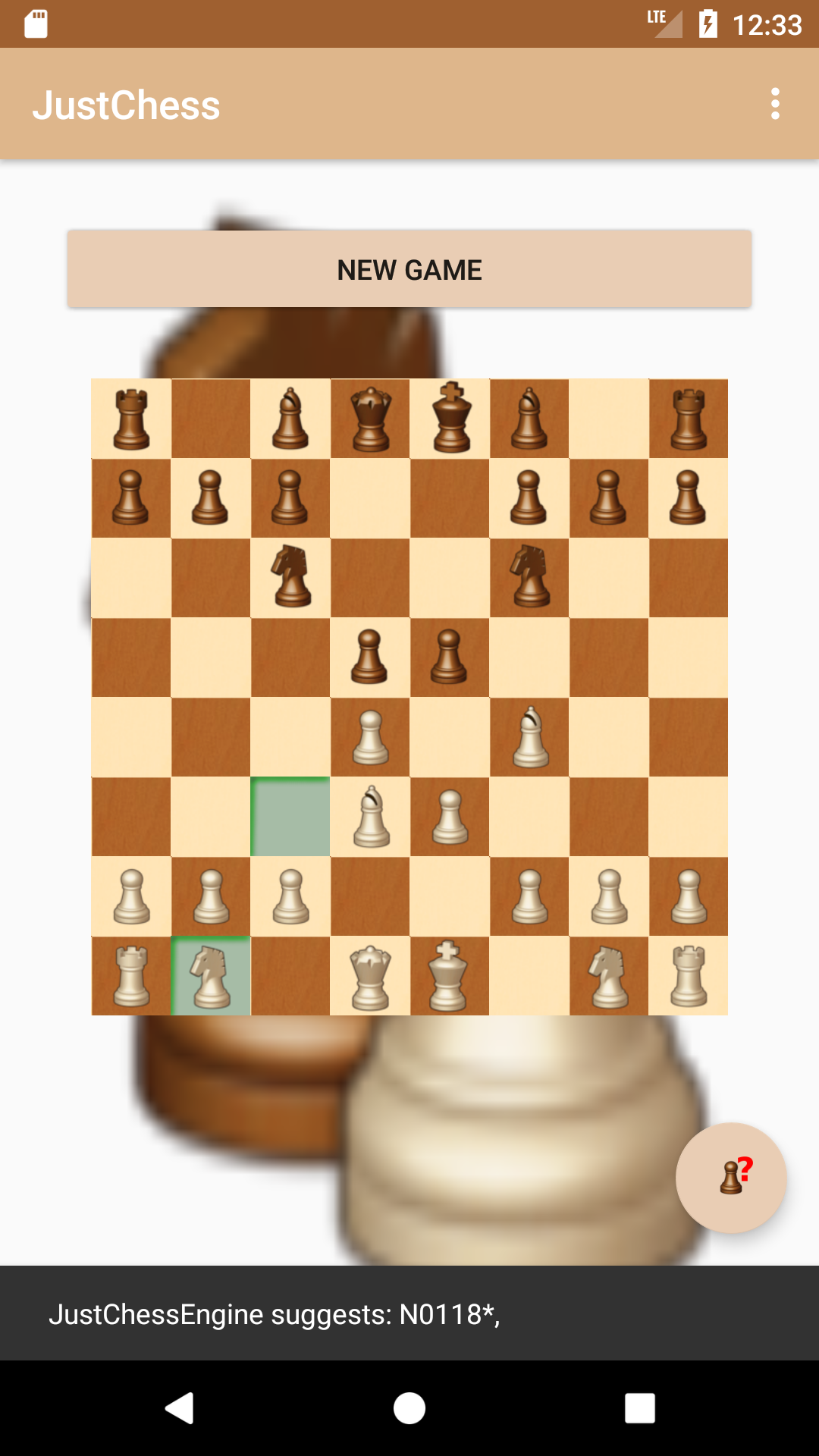 You may also note that the GUI got cleaned up a bit in previous commits.

Adding the code for this was fairly easy. I already had the text at the bottom of the screen updating when you clicked on a piece, I sort of just changed that into making a query of the next “best” suggested move. Interesting to note, that this best move is based on the engine strength of 1, rather than of the strength you chose to play against.

At this point it is more or less just showing you a valid move that gains you some points on it’s own scale of value. It is not a very good at tactics.

In either event, here was the most important part of the code:

I just edited the snack bar to pop up with the suggested move, and had the board highlight the squares green for it as well. The green squares clear when you make a move, weather it be the one suggested, or some other one. You can see the full commits and how I overcame the king castle suggestion problems on my GitHub.