Today’s update is pretty basic. Just cleaning up and filling in some blanks on my JustChess app. While I wont bore you with the whole commit, you are welcome to check it out. 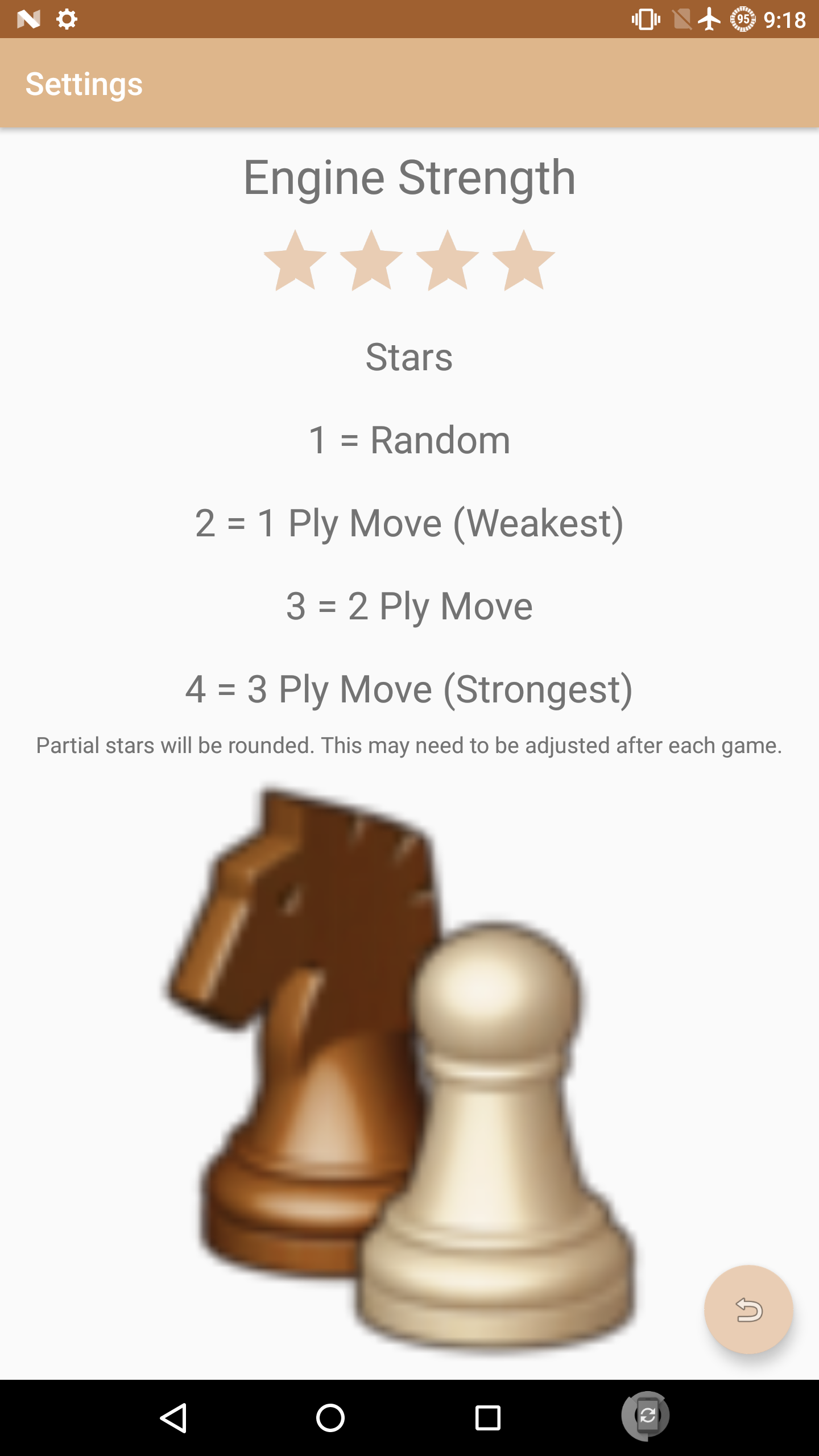 Basically, I just added an about and settings page. Both pages are pretty basic, but the settings page does have a cool star strength indicator for the computer engine strength. I thought it wise to add it so people could play against the JustChessEngine at lower strengths. It seems a bit funny, since it is currently so weak that I doubt this would be needed. However, it seemed to me, that when making a full fledged app of this sort, one would include some sort of slider or adjustment for the engine strength, so there it is.

This does beg the question of where to go next. As is, my goal was to learn more app making skills and increase my java strength by creating a chess app in which I made my own engine, and one that you could play against a person or a computer. To God be the glory, this app has met that goal. With pass’n’play mode, you could play a friend in a room, or with single player, you can play as black or white against your phone.

But the road forks here.

On the one hand, I could pursue the avenue of making the game playable with someone who was not in the same room, via email, text, online server (parse comes to mind, as I set one of those up for a different app). On the other hand, I could focus on the engine and try to make it stronger.

And yet the road forks again….

One of the big problems is that of programming language. As I delve deeper and deeper into java, I have found only one place that it is applicable, Android. As I’m sure you have seen from my blog, I’ve switched to using Ubuntu Touch on my phone. But Ubuntu Touch doesn’t support java naively (or perhaps at all). As I continue to apply time to learning java, I continue to limit myself to just one application. Perhaps it would be better to learn c++, java-script, or some other language that has a broader application?

So, I sit at the cross roads. What to do next? Hopefully I can figure it out before the next Fool’s Mate Friday!