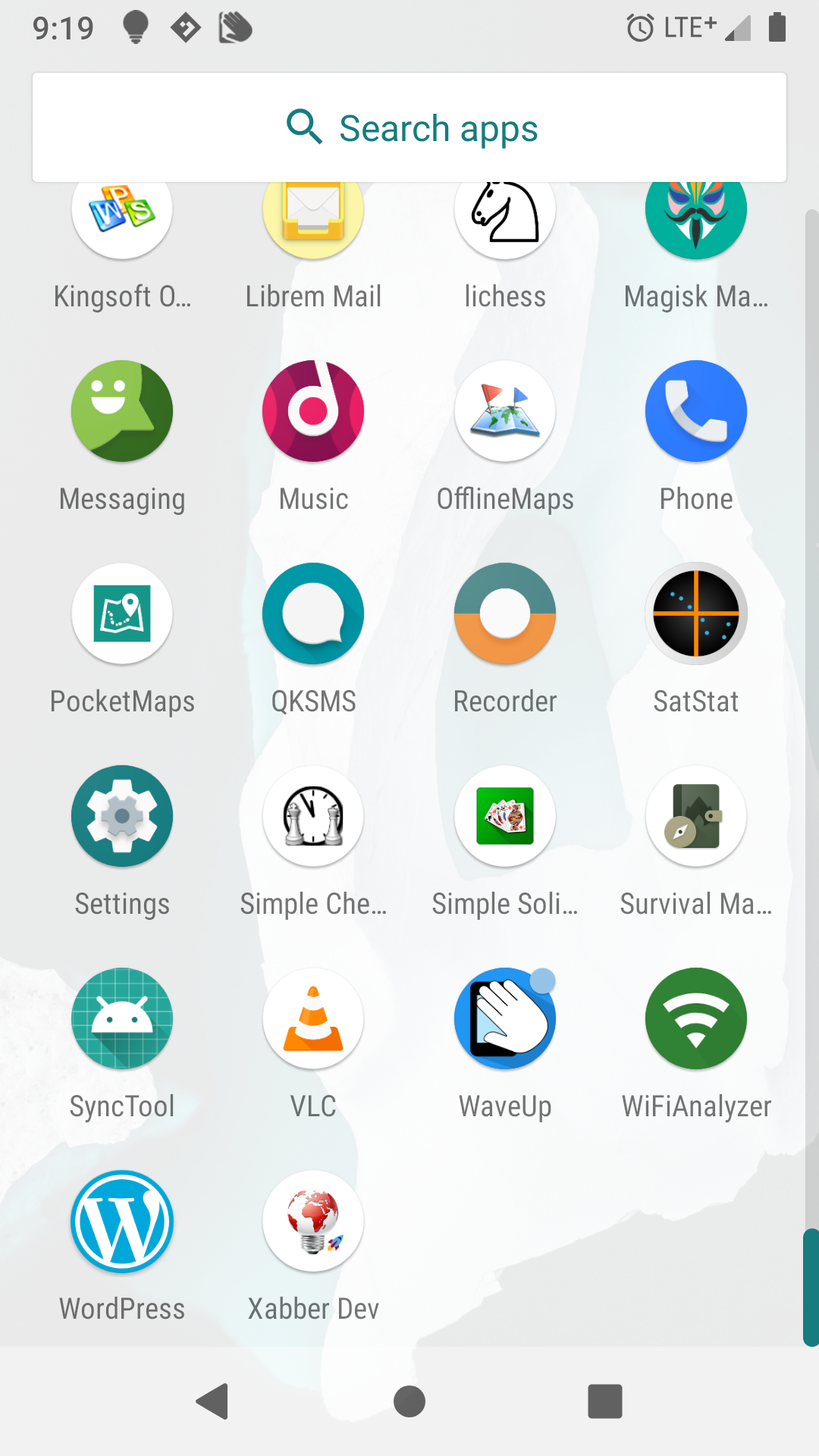 Back in July, I decided to go Google App-less, or gappless. Cold turkey. No baby steps, just quit using Google Apps on my phone. Of course, this is possible only with custom ROMs, and then I don’t install the Google Apps packages into those ROMs. I don’t want to belabor the point, but the one thing I want to say about going gappless is: I can’t even tell they’re gone.

I thought it would be a little inconvenient, or that it would be difficult to work with on a day to day basis, but the truth is, since going gappless, I don’t even notice a difference. Other than using a few different apps to do the exact same thing I was doing before, nothing has changed. Kind of makes me wonder what all those Google Apps were for anyways….

Truth be told, Google does make some great apps. But most of the time, even before going gappless, I wasn’t using them anyways. For instance, GMail is a great app, but I have multiple email accounts (because of work, etc.) and so I was using a different email app (librem, K-9, even AquaMail at one point) for all of my phone email needs.

The only big ticket item was the Play Store, which now I realize I can get just about any app (well, any app I ever needed) from F-Droid, Aptoid, or Amazon Apps. The other contender being Google Photos to store all of my pictures. Of course, if you’ve been around my blog a while, you’ve surely seen my home piwigo photo storage system, so I wasn’t using Google Photos either.

Overall, looking long term at my phone these past few months, my battery typically has a higher charge at the end of the day. Typically I was seeing around 60-65% at the end of the day, now I see about 70-80% when I get ready for bed. My data plan uses less data, usually in the 500 MB to 1 GB per month range over these past few months as well, which is a plus. Also, my phone uses about 200 MB ram to run during the day.

I’m actually not writing this to bash on Google or their apps. They actually work really well if you use them. I am writing this to answer that question that I’ve been asked dozens of times lately: “Are you still gappless? How’s that working out for you?” Truth is, yes, and I don’t even miss it.

One Reply to “Still Gapp-less?”