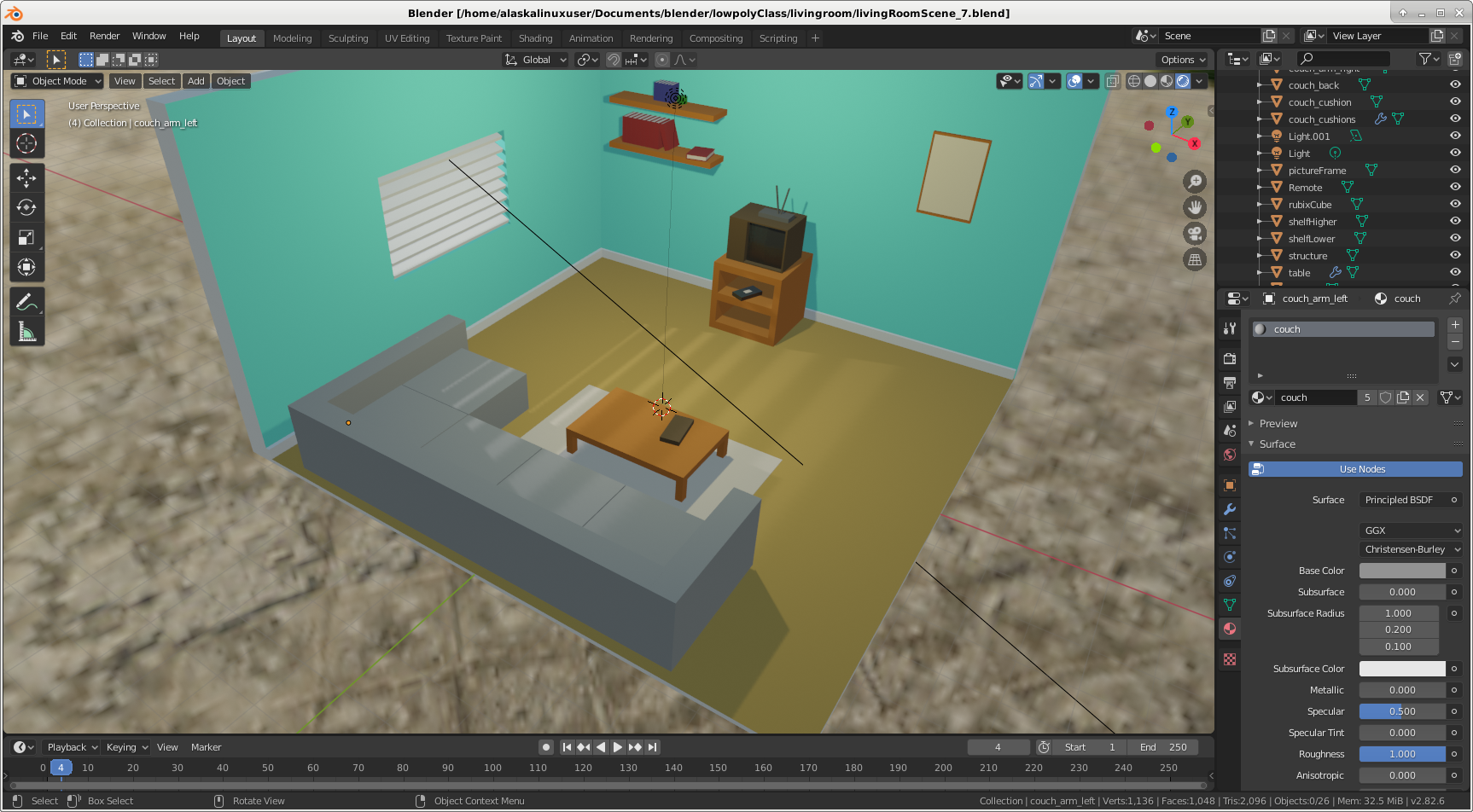 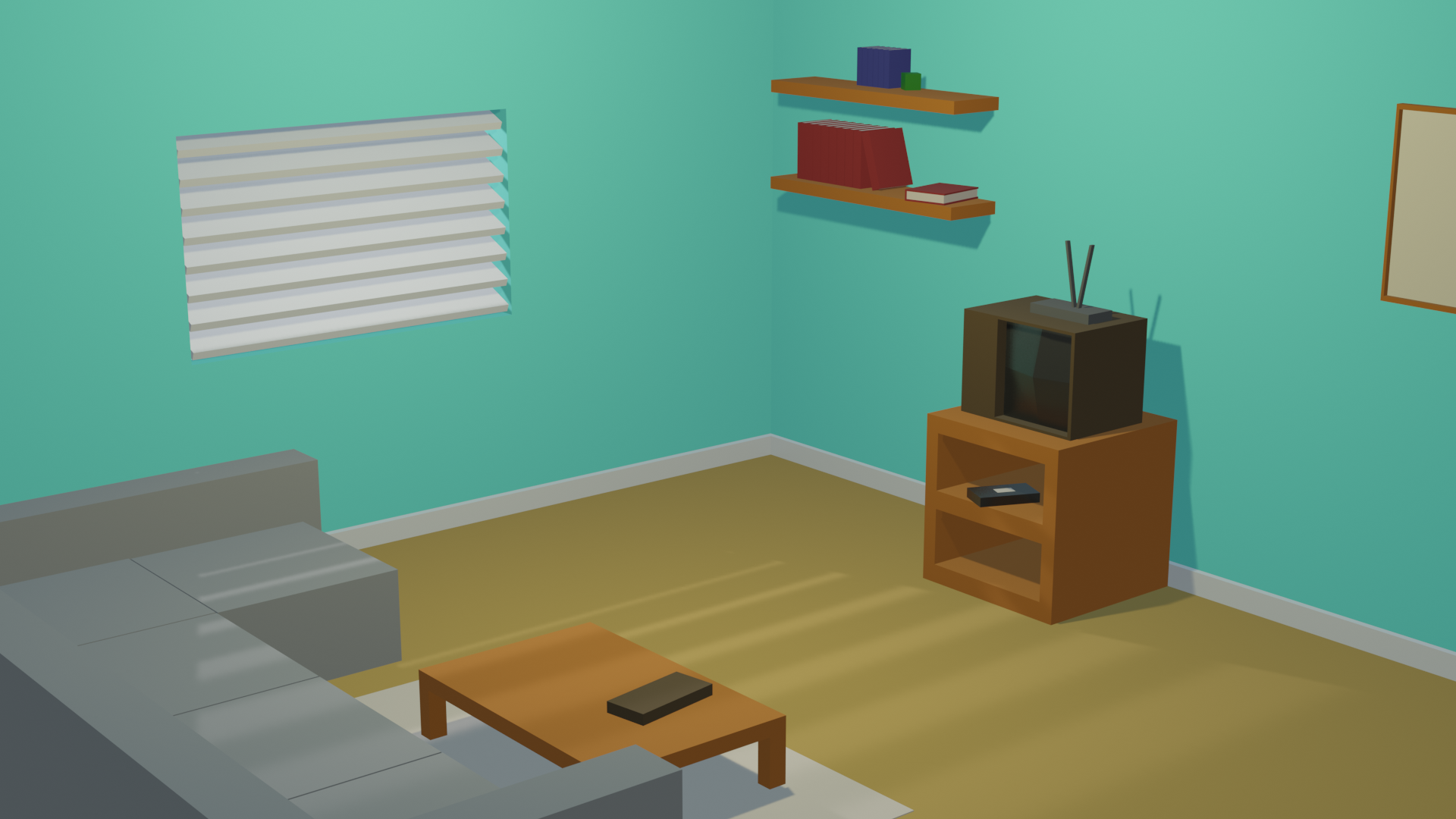 Now, in the course, the instructor actually had a modern living space, with a modern television as well. But during the video, he misspoke and said “VHS player” instead of DVD player. So, I couldn’t help myself, and I changed out the modern TV for an old school one! I even put a little VHS tape on the shelf underneath it.

True to the style, I did everything with cubes, even the “domed” TV screen. I really like the cartoon style look to low-poly 3D art, which is why I had to include the “rabbit ears” on top of the TV. It is, of course, period accurate, but more importantly, it emphasizes the comical appearance of it, at least, that’s what I was hoping for.

For the color scheme in the room, I actually went online and looked up “living room color schemes” and settled one that I based this look off of, so if it seems fairly pleasing to the eye, I can’t take all the credit for the color choices.

Anyways, I’m having a blast with this new course, and I hope you enjoy the low-poly models!