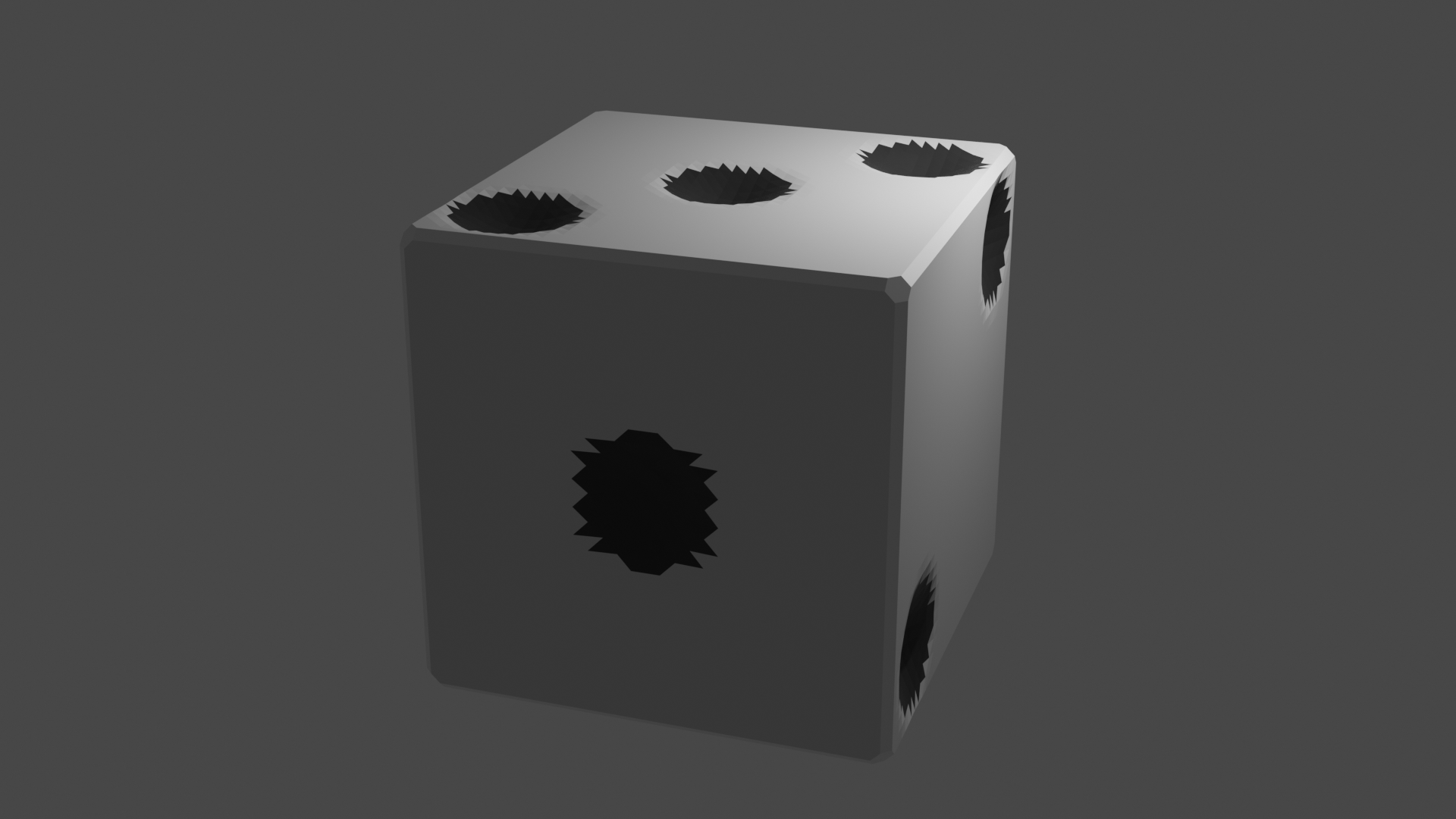 Now that I’ve completed the low poly course from Udemy, I’m ready to start using my fledgling, but newfound skills in some form of application. That said, the most fun and easiest way that I can imagine using 3D models is in some kind of game. The question is, what to make?

If you’ve been reading this blog for a while, you may remember that I once made a dice game app called “Ship, Captain, and Crew”, based on the sailor dice game of the same name. So, I’ve decided to revamp that project by creating a 3D version of the app. Essentially, I’ll be starting from scratch, but utilizing the same game mechanics that are in the first game.

The two big things I think I will need are the 3D objects and then some form of 3D game engine to render it. Today I completed the first part, which was making the dice. It took me about an hour to throw this together, but I think it will do as a low-poly die for the game. In theory, I will just use 5 of them during the game itself.

Now the big question is what game engine to use. There may be many to choose from, but from a mobile app perspective, there seem to be only 4 that I would want to use. Of course, I’m ruling out Unity, because it is not open source. I’m trying to make an open source game, and I’d like to use open source tools so that anyone can openly tinker with it. I’m also ruling out several that work for Android, but the sdk is only available on Windows computers (irrlicht for example). That leaves the four main options of LibGDX, GoDot, Ogre, and jMonkeyEngine. There may be others, these are just the ones I know about.

So, now I need to do some research and see which one will work best for me. I’ve never made a 3D game before, so this might take a while….

Blenderdiceenginegame
By AlaskaLinuxUserMarch 26, 20203d, Android, appLeave a Comment on Dice, anyone?