Well, it’s time to pick which engine/sdk I am going to use to make my dice game.

Now the big question is what game engine to use. There may be many to choose from, but from a mobile app perspective, there seem to be only 3 that I would want to use. Of course, I’m ruling out Unity, because it is not open source. I’m trying to make an open source game, and I’d like to use open source tools so that anyone can openly tinker with it. I’m also ruling out several that work for Android, but the sdk is only available on Windows computers (irrlicht for example). That leaves the three main options of LibGDX, GoDot, Ogre, and jMonkeyEngine. There may be others, these are just the ones I know about.

Above is the quote from my post last week. I needed to do some research to decide which 3D engine and SDK (software development kit) to use to make my game. As I said, I’m sticking with open source tools, so that ruled out Unity and several other big name brands of SDK’s. I also am using a Linux computer, so it can’t be an SDK that only works on Windows or Mac. So, that leaves me with four main options that I could come up with. Obviously there are more options out there, but I’m trying to stick with ones that meet these criteria:

So, with those in mind, I have sorted it out between my top four choices. Before I get to that, though, there are a lot of other options, but they don’t meet the above criteria, so I couldn’t spend my time on them, even though they may be great engines to use. That said, here is the breakdown of my thoughts on the top four choices, and what I plan to do. It’s not really a review, just my thoughts on what to do.

I’ve actually used libGDX before, to make my open source game “Critical Velocity“, which was a 2D side scrolling space ship game similar to flappy bird. It does have an active community, is still being developed, and has lots of guides and tutorials and example code to draw from. It doesn’t have an SDK, you just add the java libraries to your app and use your standard Android SDK platform to build it, which is a big plus. 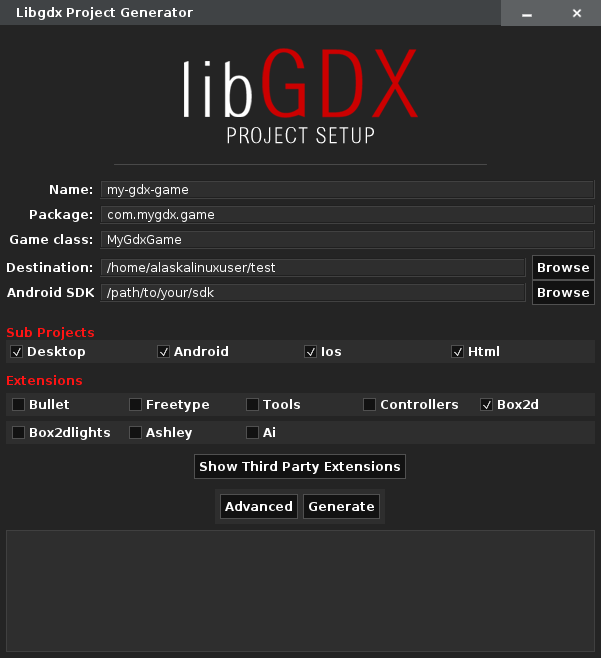 The only downside is that it is made for 2D games with 3D kind of as an add on, which seems to still be under development. But, I would be familiar with it, since I’ve used it before, albeit for a 2D game. It also doesn’t have an “SDK” it is rather a library that you add to your own app.

There are quire a few perks to using jMonkeyEngine, it is actively being developed, and it seems to have a pretty good community behind it. There seem to be a lot of guides, documentation, and explanation of methods and classes, which is super helpful for me. It also seems to be a well fleshed out 3D engine, with a sustainable future and some neat features, most of which I am too new to understand. All the programming is done in Java, which is a plus for me, since it is a language that I am already familiar with. 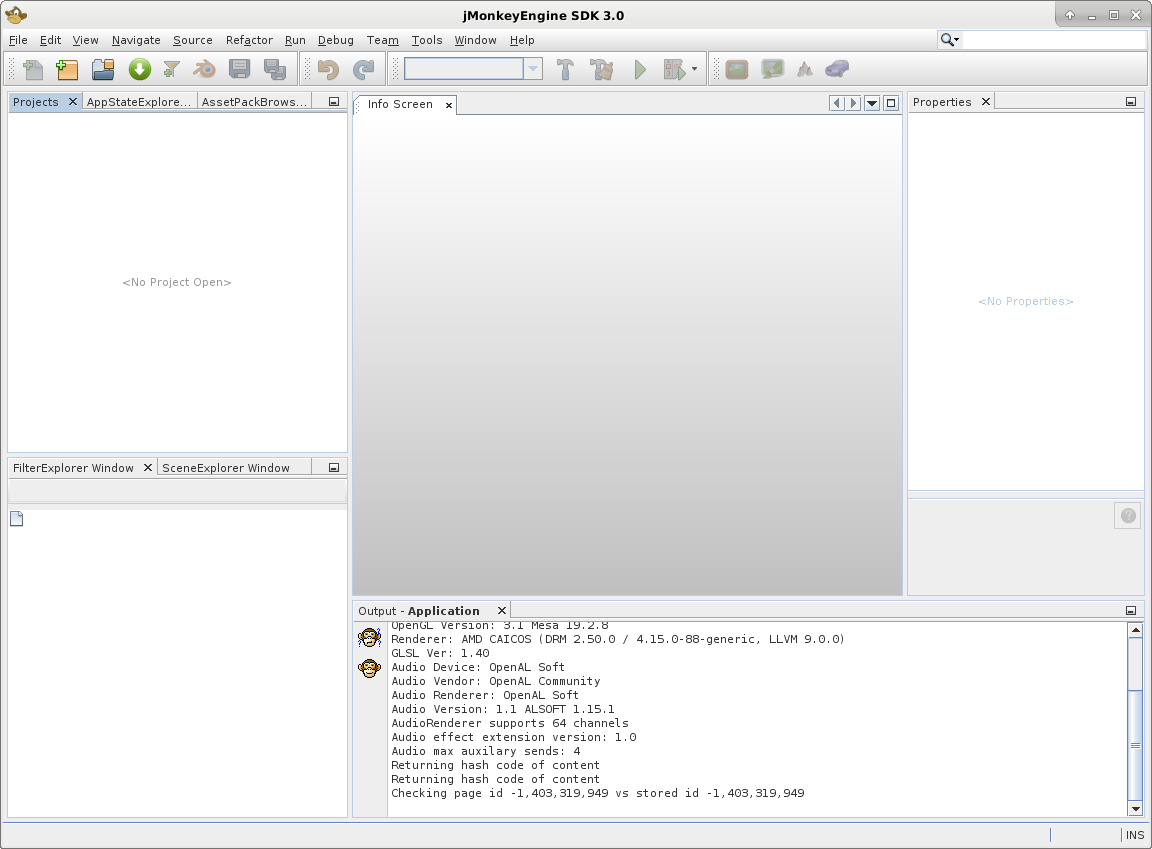 I am not sure if I can see a downside to using this setup. It seems to be pretty solid, there are a lot of indie games made with it, and it even has book tutorials on Amazon, so this might be a good direction to go. I tried it out a little bit, and got confused right off the bat, but I’m not sure it that’s because of the interface, or because I am new to 3D game development.

Next up on the list is Godot. Hailed as “the game engine you waited for”, it seems pretty impressive. With a super permissive MIT license, an attractive interface, a visual editor, and full c++ support, this sounds too good to be true. 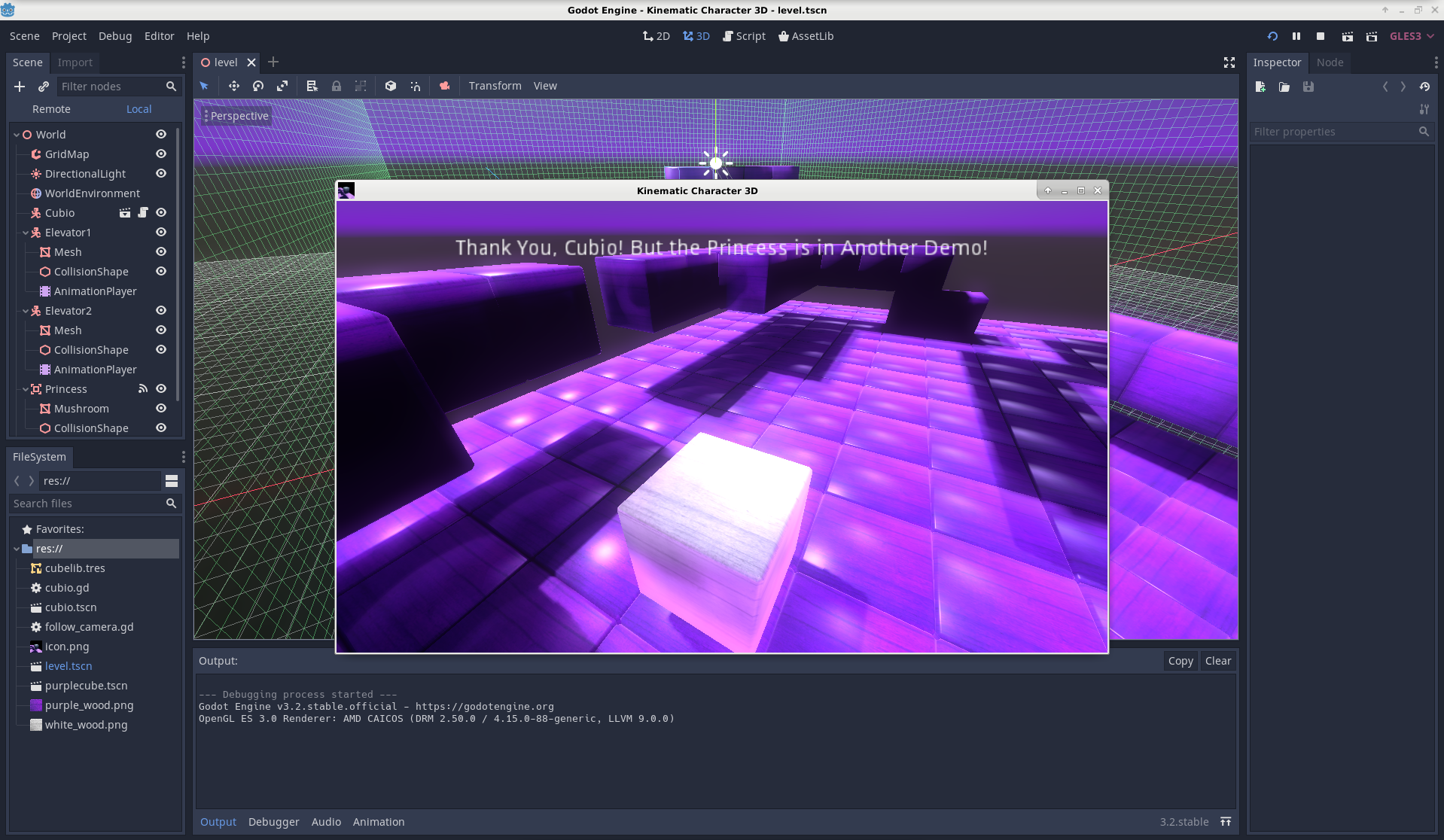 The only concern I have is that it will require some other languages as well. It seems to support c++, of which I am only a beginner, but used to. Yet it also uses GDScript as well, which is an open source scripting code they made just for this development SDK. Where I see that as a problem is it will probably only be useful inside of Godot.

Last up is Ogre. Ogre seems to be very actively developed at the moment. So active, that it appears to have created some sort of rift between the different versions. From what I can gather by doing a little research (just my opinion based on what I saw), there is the old version Ogre1, which you can use to make Android games, and the new version OgreNext, which only works in Windows and Linux for now, with hopes of adding Android later.

If you use Ogre1, it appears to be more of a library that you add, like libGDX, but if you use OgreNext, it seems to be a full fledged SDK. So, I’m not sure about how I would want to use it.

It also appears that Ogre1 and OgreNext do not work the same, so if I learn Ogre1 to build my Android games, will I need to relearn OgreNext so I can continue with that in the future? Perhaps that’s just my perception, but my perception being my reality, I don’t think I can put in double the effort to learn how to make 3D games.

I think I am going to give Godot a try. However, if it doesn’t work out, jMonkeyEngine is the runner up. Ogre seems to be undergoing some massive changes, and I’d like to work with something that is a bit more stable, but libGDX doesn’t seem to have all the “bells and whistles”, seeing that it is just a library to add to your current development.

I struggled this week between jMonkeyEngine and Godot, but in the end settled with Godot because the interface was so intuitive. I was able to walk through a few things in no time. Literally, within minutes and without any documentation, I loaded someone else’s project and was playing a game and editing code. I am also looking to expand my c++ skills rather than work on my Java. So, Godot it is, at least, for now….

engineGodotjavajMonkeyEnginelibGDXOgreopen source
By AlaskaLinuxUserApril 2, 20203d, Android, app, Application, C++, compileLeave a Comment on Which 3D engine to use?