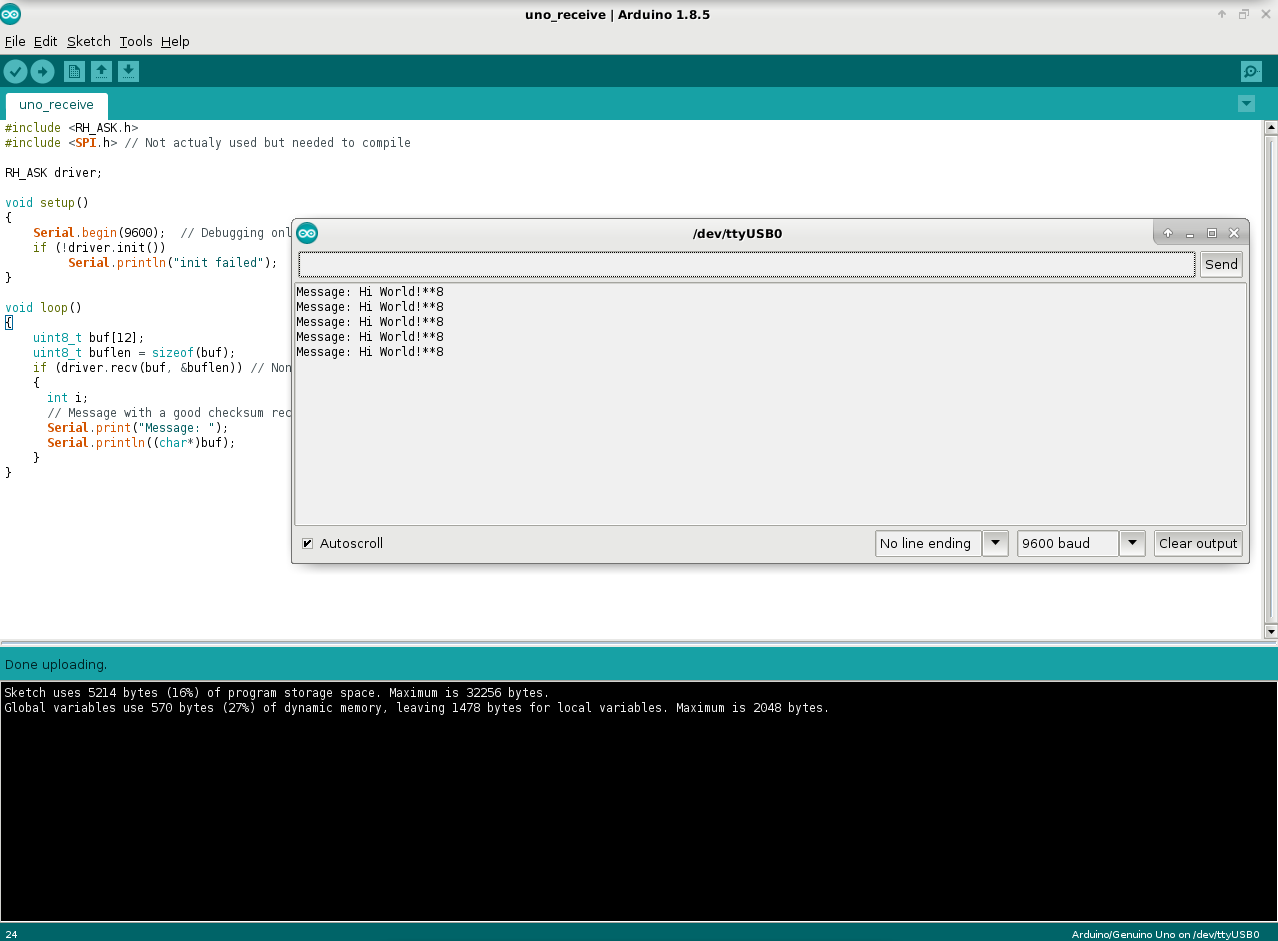 Now that picoEngine has reached version 1.0, I’m ready to work on a few other projects. Namely some electronic ones. Since Christmas, I’ve been holding on to a few Arduino Uno boards, and a pile of stuff for them. So, I broke out a few parts. 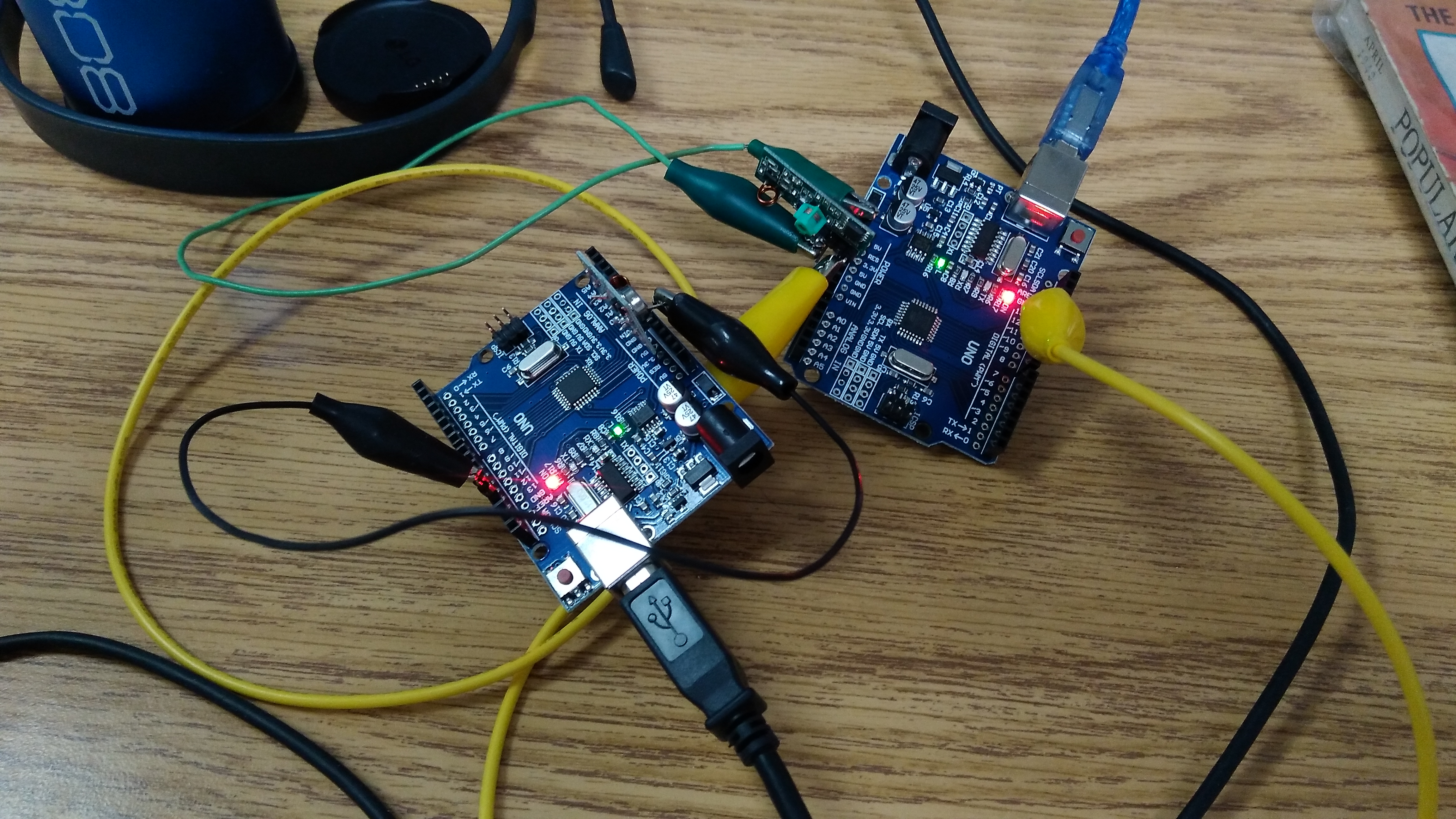 I decided to start with the 433MHz transmitter and receiver.

There were several guides online, and I stole some code from them. I like starting any project with a known good source before stepping out into something I made, to make sure the hardware/software is set up properly. It was a great tutorial, and it worked.

However, there was one unexpected drawback: range. I knew these little transmitters and receivers were weak, but I didn’t realize that they literally only transmit an inch! As you can see in the picture, the Uno boards are almost touching just to transmit the data back and forth. I had purchased a few of these (three sets for myself, and two for my brother) with the intention of doing a few fun projects. Unfortunately, these wont transmit across my desk, let alone the parking lot, so I’ll need something else to work with.

But, these are still a fun learning tool, just a little lacking in the range department! Here are the sketches I used, keep in mind, you need the “radiohead library” installed in your IDE to make this work.

#include <RH_ASK.h>
#include <SPI.h> // Not actually used but needed to compile

#include <RH_ASK.h>
#include <SPI.h> // Not actualy used but needed to compile

I certainly like the simple code, since the radio head library does all the heavy lifting for you. Have any of you ever tried these out?

433MHzArduinoreceivetransmitUno
By AlaskaLinuxUserApril 2, 2019electronic, radioLeave a Comment on Radio check sat! Using 433MHz transmitter and receiver with Uno board….