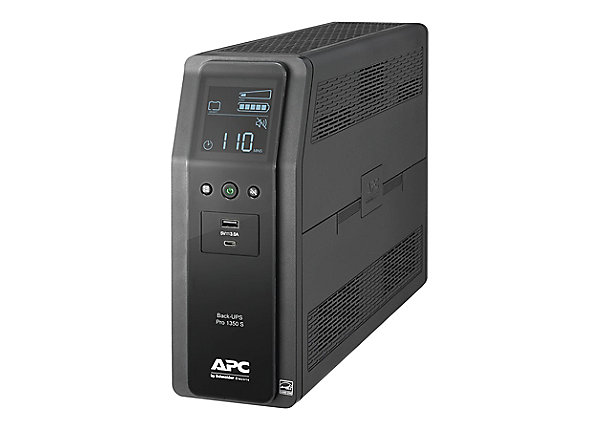 One of the problems that I have with a local server is that we frequently have power “blips”. I don’t want to say outages, because the power is on about 99% of the time. The issue that we have is occasional “brown outs” where the power dips, but doesn’t drop out about once a month. We also have noticed about every other week it seems that the power will blink for just a moment.

Usually about three or four times a year the power will actually go out for more than an hour. It’s not uncommon for a minute long outage on a regular basis though. The worst outage we had was about 3 years ago, when the power was out at our house for 4 days! It was winter time, and I had to run the generator to keep the boiler going. Needless to say, we are prepared around here for the power to go out.

And that’s why I wanted my computer to be prepared as well. Anytime you are using something as a server that you want to make sure it is still running, you really should have it on a backup. So, I purchased an APC BackUPS 1350. By the specs, and it’s own digital display, it should keep my server and monitor running for 15 minutes during an outage.

That’s handy, but I wanted to take it one step further. I’m at work during the week day, and at church on Sunday, so I may not be around when the power goes out. If that happens, having it run for 15 minutes and then die really didn’t help me much. Fortunately, I found some great articles, and installed apcaccess to help me automatically control everything. First I added the EPEL repository, and then installed apcaccess:

Then I navigated to the apc directory to change my settings…

This is a bit lengthy, but here is my apcupsd.conf file, without all the comment lines:

#
# Note that the apcupsd daemon must be restarted in order for changes to
# this configuration file to become active.
#

The important parts being that I set MINUTES to 5, meaning that if the UPS believes that it only has 5 minutes of power left at the current usage rate, it will initiate a computer shutdown command to the server computer. Likewise, if the BATTERYLEVEL drops below 20%, it will also initiate a shutdown command (which, theoretically, would be the 3 minute mark). I suppose you don’t have to set both, but I wanted to make sure under either condition, it shut down the server computer gracefully.

A really funny parameter is NETSERVER on and NISIP 127.0.0.1. At first I turned these off, but then found that the USB connection to the UPS didn’t work unless they were on and set to the local interface. So be sure you turn those on if you are using one of these as well.

Be sure to start the service and make sure it’s enabled:

After all of that, now I can just type apcaccess to see the UPS status:

I might play with the high/low transfer, it seems a bit to wide of a spectrum to me, but we’ll see how it does. Either way, I feel a lot safer now in terms of power problems for my server.